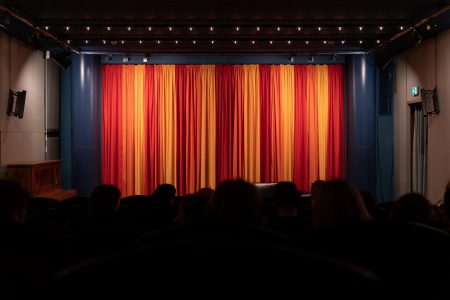 From October 27 to 30, the Return International Film & Art Festival took place at the mon ami cinema in Weimar.

It opened with live music and a street festival and ran for three days.

The subject of the event were 32 films within the framework of this year’s festival question: “What is home?”, which were submitted from over 85 countries. During the event period, these were received with great response from the audience.

In the festival, the films were examined from different cultural perspectives under the festival theme: “Home”.

At the closing ceremony on October 30, a jury awarded the main prizes in four different categories.

The award winners in the four categories are:

Jury Award: Where the winds die

During the festival workshop for film analysis, a special prize was also awarded by the participants of the same.

At the closing event on October 30, participants in the film production workshop also produced five different film installations. Visitors were able to watch the results projected onto the windows of the mon ami youth and cultural center.

We would like to expressly thank the Thuringian State Chancellery, represented by Ms. Hoppe, and the City of Weimar, represented by Ms. Schwabe as the city’s foreigners’ representative, for their generous support. We also thank our sponsors, cooperation partners and all the people who helped us.

Until the end of November, a special exhibition with a selection of works in the field of photography, illustration and drawing can be viewed in the corridor of the mon ami cinema.