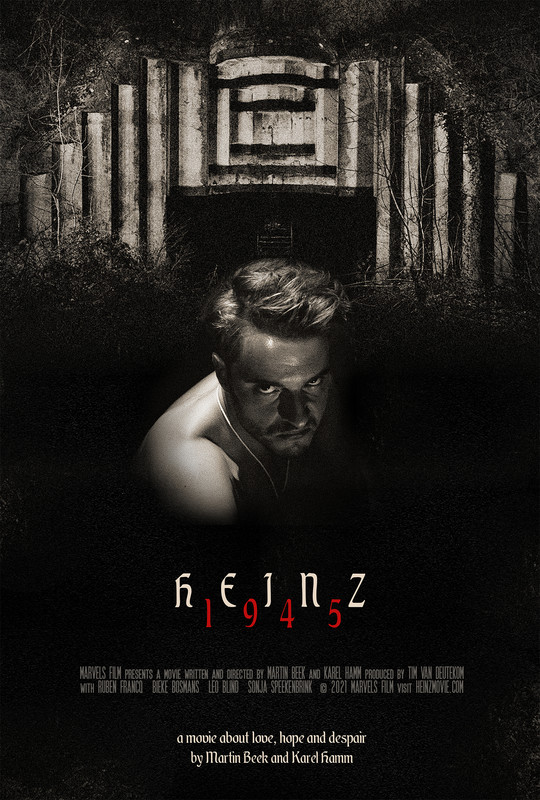 A movie about love, hope, and despair by Martin Beek and Karel Hamm. An unexpected love story, approached from an unexpected angle, with a terrified anti-hero, a milkmaid, and a dead comrade…

After the liberation of Flanders and the south of the Netherlands by the Allies, the frightened young German soldier Heinz is left behind (and left alone) in a German Atlantic Wall bunker, where he is consumed by fear, loneliness, and homesickness.

A short feature film about fear, loneliness, betrayal, love, and salvation, set around and after the liberation of the south of the Netherlands at the end of the Second World War.

The film also portrays Heinz’s lonely life in the claustrophobic little bunker of only a few square meters. From 1944 onwards, German soldiers who were unfit to be deployed on the battlefield often ended up as bunker crew for “Atlantik Wall” bunkers across Europe.
They lived in cramped spaces devoid of light and fresh air.
A minority managed to survive on contaminated water, crackers, and Crystal Meth (Pervitin) tablets. Over 200 million Crystal Meth tablets were delivered to the German forces over the course of the war; driving many of them mad…
But… – spoiler alarm – for Heinz, the movie has a happy end in store 😉

Last but not least, The film addresses a controversial Dutch subject, in which a Dutch girl’s feelings for a German soldier, 76 years after the liberation, is still a sensitive subject.

Created by filmmakers Martin Beek and Karel Hamm, with a Jewish and a German family background, who both grew up in families scarred by the war; on opposite sides of the conflict.